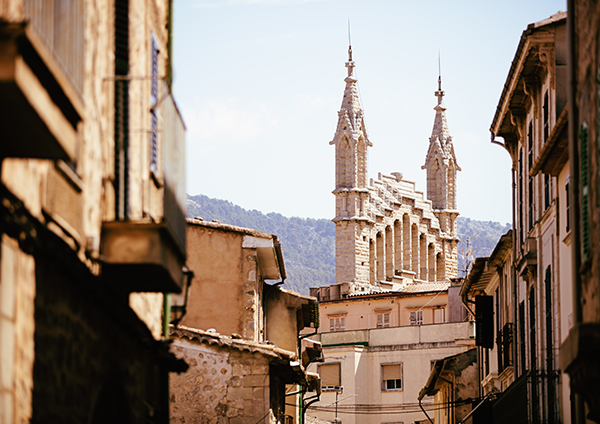 Sóller is a town deep rooted in Mallorcan culture and traditions. You only have to walk along its ancient streets to realise that the historical legacy left behind has been perfectly preserved. The building of our hotel in Sóller, for example, is a clear testament to this. And for this grand celebration you should expect nothing less. The Firó, which is the name given to it by locals, is one of the most famous and popular thematic celebrations of the year on the island. Would you like to how and why it is celebrated? Lluna Aqua Hotel will be giving you all the details in this blog article.

The pirates are coming!

The Firó is a historic festival in Mallorca which remembers and commemorates the pirate plunder suffered by Sóller on the 11th of May 1561. Every Monday before the second Sunday in March, the bells ring in the town at three in the afternoon: they send an alert that the enemy pirate ships have been spotted and to prepare the brave inhabitants of the community for the attack of the Saracen pirates. Since 1561, the inhabitants of Sóller have dressed up in the clothing of that time and re-enacted both sides in an epic and spectacular battle which is divided in to four acts. Meanwhile, the Serra de Tramuntana and our hotel in the centre of Sóller, are the immortal spectators of this event.

The peasants organise their defence nearby to our hotel in Sóller

The peasants, dressed in their traditional clothes, come together in the central Plaça dels Estiradors, only 5 minutes from our hotel in Sóller, to go to battle. The character who portrays the Angelats captain is ordered by the Mare de Déu de la Victòria to lead the people of Sóller out to defend their town. To watch the first battle we must head to the Port of Sóller where hundreds of pirates painted in black and with their weapons in hand disembark and proceed to attack the town. The peasants, armed with shotguns filled with blanks try to stop the attack on the shore of the beach.

The port of Sóller fills with gunpowder

During the second attack, led by the Moor King, the captain of the pirates, orders looting to take place in the streets and one of the most memorable moments in history occurs. The Valentes Dones, two sisters from Sóller, defend their home by killing the enemy pirate and become part of Sóller’s history forever. Following the intense battle, the final clash takes place in the main square in Sóller, where the locals defeat the pirates and the shot guns are fired, filling the air with the smell of gunpowder.

The final stretch is always the most emotional: the people of Sóller, this time all united, sing the anthem of Mallorca, La Balanguera, creating an emotional moment which kick starts a grand party which goes on into the early hours of the morning. It is without a doubt, a unique event that should be seen at least once in your life and with our hotel in Sóller you have the opportunity to enjoy it up close. Reserve your room during these important dates and become a character from Mallorcan history. It’s time for battle!

Previous Hotel in Sóller: Unique rooms with modernist names
Next Discover the “Golden valley” at our hotel in Sóller