With Lluna Aqua by Unusual Hotels in Sóller, discover the charms of this magical town in the heart of the Mallorcan mountains 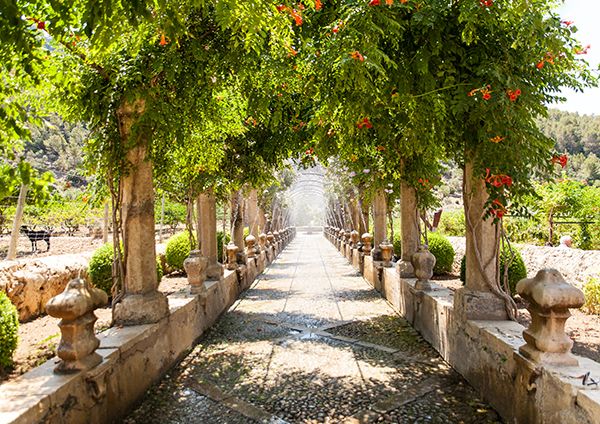 The deep impression that the panorama of Sóller offers its visitors, cloistered in a deep and beautiful valley that turns into a singular microcosm in the middle of the mountains of Mallorca, not only doesn’t vanish when entering this singular village, but it is reinforced when perceiving its magical charm, in a privileged scenic environment, surrounded by mountains that exude mystery and whisper the echoes of its legends. They are the same mountains that, not far from Sóller, in the municipalities of Valldemossa and Deià, seduced the forerunner of tourism in the Balearic Islands, Archduke Lluis Salvador of Austria, cousin of the Empress Sissí and who instantly fell in love with the Serra de Tramuntana when he first laid eyes on it in 1867, a century and a half ago.

Historically, Sóller has been a precociously cosmopolitan city on an island which practically remained isolated from the outside world up until the mid-20th century, stuck in the past, with its superstitions and disregard towards visitors arriving during mass tourism. For a long time, Sóller represented an exception of modernity on this self-enclosed Mallorca due to its close contact with the countries of southern Europe and especially with France, (people joked that it was easier to get from Sóller to the port of Marseille than to Palma by land, because that implied going up to the top of the valley and down a winding road again) aided by the passing of time this certain isolation began to change two decades ago, with the opening of the current tunnel connecting Sóller directly with the rest of the island.

Discover all the hidden secrets of Sóller from our house

Lluna Aqua is located in a unique and inimitable setting, an ambitious and pioneering project by the Unusual Hotel group in Sóller, which reinforces its differential character in the city’s hotel offer. Amongst the attractions which Sóller offers its guests are the magnificent examples of modernist architecture that preserve its urban landscapes, the artistic heritage of European vocation of those inhabitants of the valley who had to emigrate to look for a future in Europe and Latin America which was not expected from a people plunged into a serious economic and social crisis at the end of the 19th century.

Many of these emigrants would return years later, to their motherland impregnated with a more open and cosmopolitan vision of the world, with new ways of seeing art and life, thanks to this modernist art finding its way to this hermetically sealed valley of orange groves that now are iconic symbols of the town and which rise like a dream between the cliffs and the mountains. Privileged testaments to this modernist tradition are the buildings erected by the renowned architects, Antoni Gaudí, Joan Rubió i Bellver and Antoni Castanyer. And as a great symbol of Sóllers artistic vocation – and a must visit for any traveller – you will find the modernist museum of Can Prunera – built between 1904 and 1911, a Catalonian architectural masterpiece by Joan Rubió i Bellver- which still has all the original elements (furniture, tiles, wrought iron railings, woodwork…) and is a true reflection of the architectural trend that defines this Mallorcan city.

Lluna Aqua is a designer house built with the end goal of creating a fascinating atmosphere, which envelops the traveller and takes them back to a time and space full of mystery and open to the imagination  of the restless visitor who does not resign themselves to the routine of the conventional tourist, but seeks a new destination to learn about its myths and traditions, creating with its people a network of complicities that can only be born of excellence and an exquisite and personal experience, making it unique and untransferable.

At the Lluna Aqua by Unusual Hotels you can lose yourself in the streets and squares of Sóller, head to the San Bartomeu church – declared an Asset of Cultural Interest – The Bank of Sóller or the beautiful modernist buildings of Ca la Nena, Can Moiana, Can Massana, Can Magraner, Can Dolç and Can Cremat. Or you can simply wander aimlessly through the alleys of a village that welcomes every traveller who knows how to appreciate its treasures and who respects its silence, such as those who surround the popular cemetery and its collection of modernist sculptures, a unique spot of complete peace and beauty which seems to create a serene and freeing dance.

We will be waiting for you at Lluna Aqua by Unusual Hotels, the key to discovering all the secrets of Sóller.